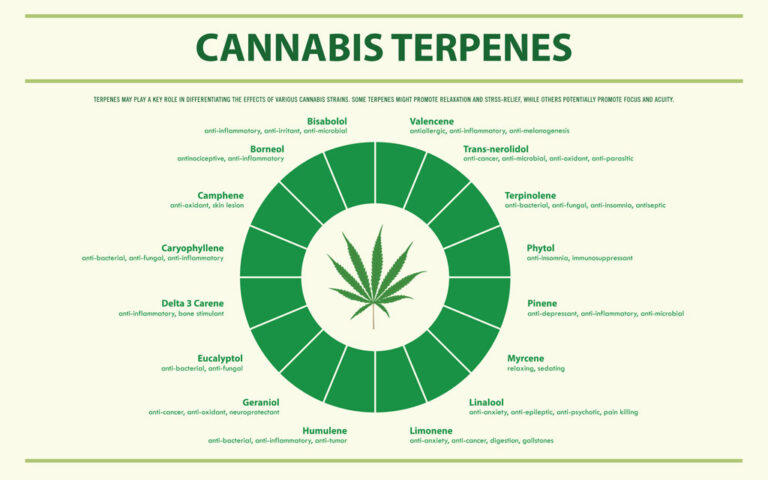 Terpenes, which in cannabis help repel predators and attract pollinators, they are the largest and most diverse group of natural compounds found in plants1. These are the aromatic compounds that give cannabis its distinctive smell and taste and to date more than 120 terpenes have been identified in cannabis plants.2. In addition to their aromatic function, terpenes alone also have some therapeutic properties. For example, mercen has already been shown to have anti-inflammatory and neuroprotective properties, beta-karyophylene has analgesic properties, and many others have already been shown to have therapeutic effects1. However, perhaps the main reason that has led the scientific community to start paying more attention to these components of the cannabis plant has to do with the fact that these molecules interact with other molecules (mostly cannabinoids), which in synergy they will succeed provide superior therapeutic value. This phenomenon is called “Entourage Effect”, which says that the therapeutic value of an isolated molecule is not comparable to the therapeutic value of the entire cannabis plant, which benefits from the synergies between the molecules to increase or optimize the its effectiveness3,4.